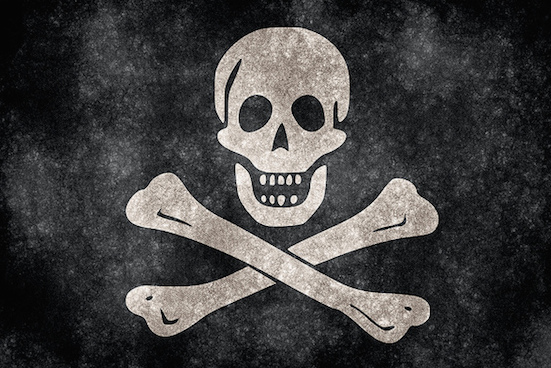 Jon Sinclair, from the YA fantasy fiction series The Odyssey of Jon Sinclair, visits author Sally Copus via Skype for his second interview session:

Jon Sinclair: Yo, Sally! Ready for some more questions?

Sally Copus: Indeed, Jon. I have all my answers ready.

Jon: But how do you know…oh, I forgot. The author is clairvoyant. (Sally chuckles.)
Then you know we’re going to talk about some of the weapons we used in the books—my favorite topic. I know you know all about weapons.

Sally: Actually not, Jon. I just do a lot of research. So let’s talk about the flags first.

Jon: Tricky. Most people might not think a flag could be a weapon, huh? But I saw it first-hand while I sailed on the Black Opal with Cap’n BlackHeart. When I saw the crew pull that black and white skull and bones flag from the deck box and realized that I was on a pirate ship, cold chills ran all over me and sweat dripped off my forehead into my eyes.

Jon: Hey! I wasn’t really scared all that much. (Sally raises an eyebrow.)

Sally: When some pirates saw the skull and bones flying on the mast of a larger pirate ship or one they recognized to be extremely dangerous, they immediately raised a white flag of surrender. They hoped to be accepted as crewmen when the marauders took over their ship and killed or marooned their captain. The raiders didn’t have to fire a single shot.

Jon: Yeah, but the red flag was another story. Curly, boatswain of the Black Opal, told me that a red flag signaled ‘No Quarter Given’—meaning ‘Take no prisoners. Leave no one alive.’

Sally: I think I might have been one to raise a white flag.

Jon: Not me! But, Sally, what I’m really interested in is flintlocks. You know, the pistols BlackHeart carries in his belt and sling. I love those guns. Would you believe that BlackHeart’s enthralled with our twenty-first century pistols? I’d rather have one of his flintlocks. Of course I understand that it could only be used for close range; but still, it’s one cool gun. I like the way it looks and feels in your hand—a little front heavy with that longer barrel though.

Sally: For its day—an era without organized police protection—it did give individuals a persuasive self-defense weapon. With robbers lurking round every dark corner and alcove at night, and with highwaymen haunting rural roads, it was a powerful weapon for individual self-protection.

Jon: But, can’t overlook that slow loading. BlackHeart says it’s undependable in bad weather—rain and damp conditions. (He was thoughtful for a moment and then smiled.) Nikos is having a problem with the captain, though.

Jon: Awe, Sally, BlackHeart just doesn’t get it sometimes—our differences in eras of time, I mean. He wants to walk around the city and into a restaurant for a burger and fries, which is his favorite meal, with his gun shoved into his belt or protruding from his coat. He says, ‘It’s good for people to see the gun…that way nobody messes with us. Good protection,’ he says. (Sally laughs.) Don’t worry though; he respects what Nikos says, particularly since Niki’s in the security protection business. That’s another thing. He can’t understand why anyone would pay someone else to protect them when they could just carry their weapon exposed for free. (Sally smiles as she visualizes BlackHeart standing tall and solid, totally armed–sword included—in her favorite restaurant.)

Jon: One more question. Someone asked me why you put the antique carousel’s swan seat aboard our first space-time ship, Carousel, to hold the ship’s computer command center?

Sally: Simple—to make you comfortable when you were very young. Your grandparents, Kathryn and Alistair, were spending a lot of time installing the computer system in the space-time module, which was located in the center of the huge antique carousel. They took you there while they worked so they could keep watch over you. Your favorite place to play, read a book or take a nap was in the swan seat. They decided it would be best to move the swan inside the ship and install the computer system in it. It was a good decision because you became comfortable with your surroundings before they took you on time-travel trips. As a result, you’ve always been unafraid of time-travel.

Jon: Brilliant! Glad you explained it. Skull’s calling me on his new cell phone; a story for later. See you next week?

Sally: Nice. That works for me. (She leans back in her chair thinking about the tall, bald-headed, seventeenth century warrior holding a cell phone to his ear.)